How long have you been working with Local Dreamers?
Mónica: for five months in total now. First we received Kay for one month and after a month we received Sven for three months. We are very excited to receive more volunteers and interns from the foundation and see who will be next.

How did you get to know the foundation?
Mónica: through my work. Local Dreamers came to pick up clothes from the hostel I work in for their flea market one day and told me they work with local host families.

What were your reasons to start as a host family?
Mónica: for me personally, working in the hostal, people from other countries are very interesting to me. It is something new and I wanted to share that with my family. I first asked the boss of the household if he liked the idea, and of course also my sons. And everybody was enthusiastic.

Edwin: first I had a few doubts, because we had never shared our house with other people outside of our family. For us it was an experience, and it has been a good one so far. We are very happy to have shared with the two boys, our first two foreign sons!

Elian: I really liked the idea to begin with because it was something that could help me to get to know people from other cultures. Most of all I would have someone to practice my English with.

What was the most fun moment you have had with the volunteers?
Mónica: with Kay actually every moment was a lot of fun, because his personality was very spontaneous. The funniest moments were when we played Twister here in the living room, that was so weird! With Sven the most fun moment was that he came with me to the gym to a bailoterapia class, where he didn’t know the moves but tried anyway. We had a lot of fun!

Edwin: for me it was when we went to Papallacta with Kay. It was the moment we wanted to order food for lunch, and he had to choose which part of the chicken he wanted but he didn’t know the words. We tried to explain to him what ‘wing’ was in Spanish, and all of us started pretending to be a chicken moving their wings, to explain it to him. That was really comical!

Anything else you would like to share?
Edwin: we all hope that we will go on with this and that we can receive more boys or girls to our home, to offer them all the best of our house. 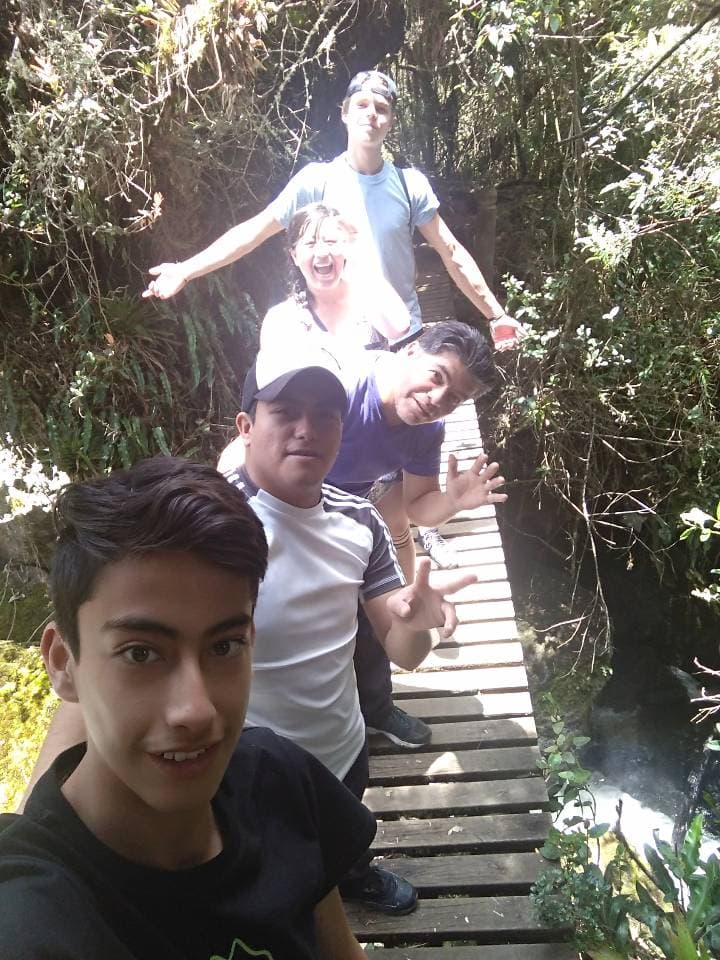